In 2014 I had bought my Dad, Maurice, tickets to the Duxford Air show, something dad had always wanted to go and see and therefore it seemed like a perfect birthday gift.  It was a beautiful sunny day on Sunday 25 May 2014. Chris (my partner) and I, picked Mum and Dad up and we set off on our journey looking forward to the day ahead.

We parked the car and began walking across the grass field towards the entrance for the show, Dad was chatting as we went. 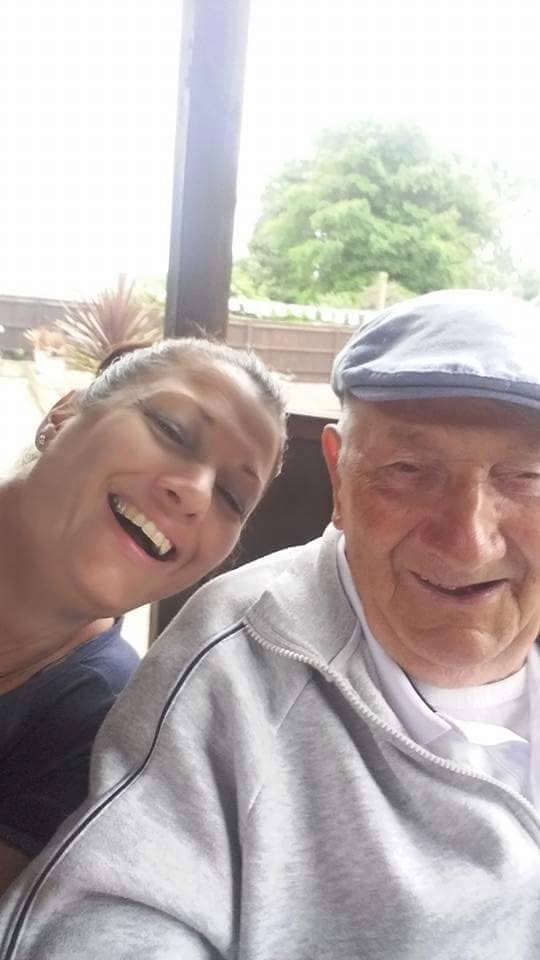 Suddenly Dad tipped backwards falling onto my Mum who was behind him.  Dad hit the floor and my Mum screamed.  Dads face had twisted and he clutched to his walking stick tightly.  I knew straight away from his face he was having a stroke.  I sat down beside him talking to him and Chris rang 999 for an ambulance.

Dad was gasping for breath. He had an asthma inhaler, I grabbed it from my mum and sprayed it in his mouth telling him to take a breath, which he seemed to understand and was definitely trying to take it in.  Seconds later his tongue curled up and turned black in colour, the colour drained from his face and his breathing stopped, his eyes glazed over and I could see he had stopped breathing.  My mum screamed at me to do something.

I had only ever seen on the TV people doing CPR but wasn’t sure of how many breaths to chest compressions I should do, but I couldn’t stand and watch without trying something.  I now know this played a huge part in keeping the oxygen getting to Dads brain before help arrived.

I ripped my Dads top in two and began chest compressions, then breathing sharply into his mouth.  Once I got into a rhythm my mum took over the chest compressions and Chris continued to speak to the lady on the emergency line who was trying to guide us and assured us an ambulance was en-route.

The minutes that passed by are a blur, but the next thing I knew a first aider who was on site came to help me and thankfully she knew what she was doing which was a huge relief, she told me what to do regarding breaths and took over chest compressions from my mum.

An ambulance arrived and the paramedics took over and worked on dad for what seemed like forever, the air ambulance landed next to us and their crew took over, then police motorbikes arrived.

The Air ambulance Doctor told us they needed to De-fib Dad as he was not responding.  They did this twice and after the second attempt came to speak to us.  They explained things were not looking good for Dad as they had been working on him for over 20 minutes.  I could not believe how the day had turned out, it was supposed to be his birthday treat.

My mum repeatedly said ‘he has gone’.  At that point my tears stopped …I refused to accept Dad was gone and shouted to my Dad over the team working on him ‘come on dad’ over and over again.

Whether he heard me or not I will never know, but minutes later, on the third de-fib attempt they got an output!  Dad was rushed to Papworth hospital by ambulance, escorted by 4x Police motorbikes who stopped traffic to let both the ambulance and us following in the car through the traffic.

Dad spent the first 5 days in Intensive Care in an induced coma.  When the doctors brought him out of the Coma it was obvious the stroke had affected him, but luckily he had minimal brain damage as we had somehow kept the oxygen getting to his brain.  He recognised us all and tried to talk. 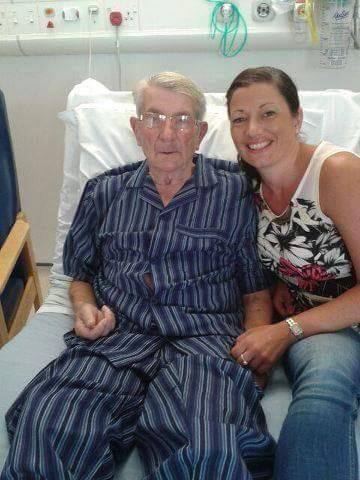 Weeks later, once the doctors thought he was well enough, he had a triple heart by-pass and spent over 2 months in Papworth hospital recovering.  He then had a pacemaker fitted one year later. The journey was bumpy and at times the outlook wasn’t always great, but he made it and proved to be the strong man I had always known my Dad to be.

My mum, sister and I will forever be grateful to the first aider at Duxford, the paramedics, Air ambulance and the police as well as the amazing team at Papworth who saved my Dads life.  If it hadn’t been for the CPR and defibs he most definitely wouldn’t be here.  Dad has since celebrated his 80th birthday surrounded by his family, including his 4 grandchildren. 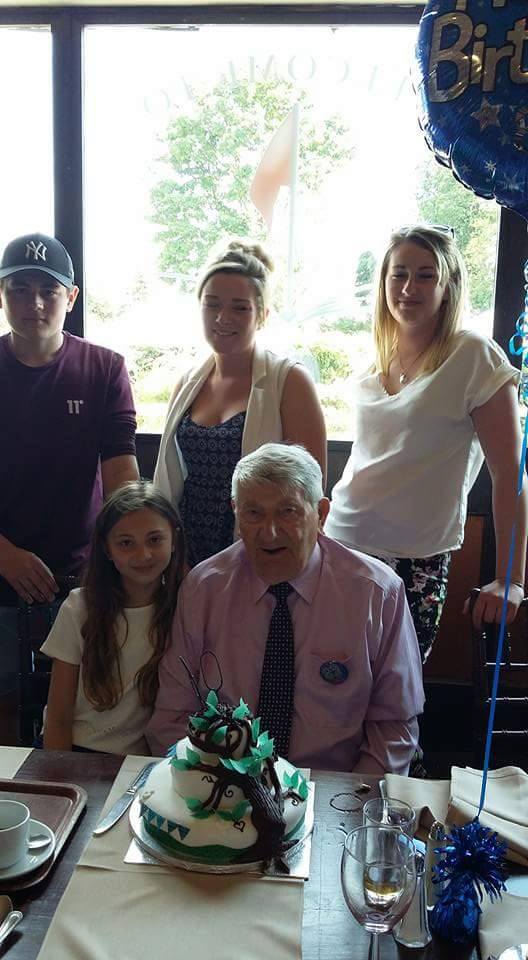 I booked onto a Life Support course immediately afterwards and have basic instructions kept in my bag at all times, just in case I ever forget what to do.

I would recommend to anyone to learn this method as you just never know when you might need it!

Copyright © 2019 Defibrillators For All. Website by Elara Web
Back to Top